The North Carolina Studies in the Romance Languages and Literatures supports and disseminates scholarship in the Romance literatures. The more than 300 works in the series treat a multitude of topics on French, Italian, Luso-Brazilian, Portuguese, and Spanish literatures. Our books have explored literary movements, individual authors and works, themes, figures of speech and thought, archetypes, poetics, and, on occasion, editions of unpublished literary works. 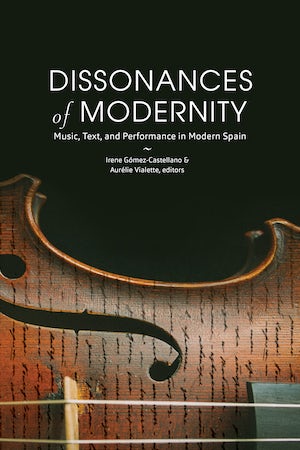 Dissonances of Modernity: Music, Text, and Performance in Modern Spain

Dissonances of Modernity illuminates the ways in which music, as an artifact, a practice, and a discourse redefines established political, social, gender, and cultural conventions in Modern Spain. Using the notion of dissonance as a point of departure, the volume builds on the insightful approaches to the study of music and society offered by previous analyses in regards to the central position they give to identity as a socially and historically constructed concept, and continues their investigation on the interdependence of music and society in the Iberian Peninsula. While other serious studies of the intersections of music and literature in Spain have focused on contemporary usage, Dissonances of Modernity looks back across the centuries, seeking the role of music in the very formation of identity in the peninsula. The volume’s historical horizon reaches from the nineteenth-century War of Africa to the Catalan working class revolutions and Enric Granados’ central role in Catalan identity; from Francisco Barbieri’s Madrid to the Wagnerian’s influence in Benito Pérez Galdós’ prose; and from the predicaments surrounding national anthems to the use of the figure of Carmen in Francoist’ cinema. This volume is a timely scholarly addition that contemplates not only a broad corpus that innovatively comprises popular and high culture–zarzuelas, choruses of industrial workers, opera, national anthems–but also their inter-dependence in the artists’ creativity. 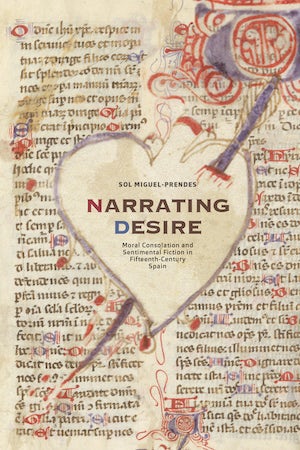 Orientaciones transpacíficas is a wide-ranging study that presents a cross-temporal examination of the discernible orientation toward East and South Asia that pervades the work of well-known intellectual and artistic Mexican figures. It goes from the later years of the regime of Porfirio Díaz in the 1900s to the cultural imaginaries of nationalism in the 1920s, and from the Cold War to the global spread of neoliberalism at the turn of the new century. Understanding Orientalism as a form of situated and historical orientation grounded in Mexico’s own (post)colonial formation, the book argues that, although after its independence Mexico’s important commercial connection with the Asian continent became attenuated, East and South Asia continued to be a crucial point of reference for Mexico to assert global centrality and to anchor discourses of cultural singularity or political exception.

By tracing the intellectual turn to Asia in José Juan Tablada’s travel narratives and art essays, Manuel Alvarez Bravo’s photography landscapes, José Vasconcelos’s writing about mestizaje and in his literacy campaigns, Roger Bartra’s Marxist political economy writings, Rafael Bernal’s hard-boiled novel, Marcela Rodríguez and Mario Bellatin’s musical composition in Ciudad Juárez, and Shinpei Takeda’s art installations in Tijuana, the book recasts the colonial emphasis on a transatlantic relationship with Europe and displays a transpacific and planetary imagination–eschewing the Atlantic dialectic between ex-colony and metropole–that defined Mexican conceptualizations of literary and cultural modernity. Thus, Orientaciones transpacíficas shows that Mexican orientalism played an instrumental (though often unremarked) role in the cultural definitions that became fundamental to the field of Mexican and Latin American Studies, such as the notion of hybrid modernity (in racial, aesthetic, economic, or temporal terms).

Home Away from Home: Immigrant Narratives, Domesticity, and Coloniality in Contemporary Spanish Culture Home Away from Home: Immigrant Narratives, Domesticity, and Coloniality in Contemporary Spanish Culture examines ideological, emotional, economic, and cultural phenomena brought about by migration through readings of works of literature and film featuring domestic workers. In the past thirty years, Spain has experienced a massive increase in immigration. Since the 1990s, immigrants have been increasingly female, as bilateral trade agreements, migration quotas, and immigration policies between Spain and its former colonies (including the Dominican Republic, Ecuador, Equatorial Guinea, and the Philippines) have created jobs for foreign women in the domestic service sector. These migrations reveal that colonial histories continue to be structuring elements of Spanish national culture, even in a democratic era in which its former colonies are now independent. Migration has also transformed the demographic composition of Spain and has created complex new social relations around the axes of gender, race, and nationality. Representations of migrant domestic workers provide critical responses to immigration and its feminization, alongside profound engagements with how the Spanish nation has changed since the end of the Franco era in 1975. Throughout Home Away from Home, readings of works of literature and film show that texts concerning the transnational nature of domestic work uniquely provide a nuanced account of the cultural shifts occurring in late twentieth- through twenty-first-century Spain.

The abolition of judicial torture—alongside the eradication of both slavery and capital punishment—was one of the most consequential issues debated in eighteenth-century continental Europe. A revealing component of this controversial debate was presented in the unpublished “Discurso sobre la injusticia del apremio judicial,” written by the attorney Pedro García del Cañuelo. Seeking support for its publication, he forwarded the manuscript to Prime Minister Manuel Godoy in 1795. The savvy Spanish politician, however, not only rejected the text but also warned its author against further discussing the issues raised in his treatise. As a result, although its title was known, the essay was lost to history.

The current volume, La abolición del tormento, analyzes, transcribes, and reproduces the complete “Discurso” while framing its proposals within the European debate regarding the abolition of torture and the prohibition of other methods of mental and physical coercion allowed by diverse tribunals. The monograph additionally considers the extent of the controversy associated with torture in Spain as it provides biographical information on García del Cañuelo and examines the philosophical and juridical foundations related to this atrocious practice, one which produced one of the fiercest exchanges of the Enlightenment. The aforementioned dispute reflects the political tensions of an era because a discussion on the legality of torture involves a consideration of what constitutes a human being, what is the relationship between legality and justice, and what are the limits of lawful power in relation to the natural rights and the intrinsic value of the individual. Thoroughly documented, this study should be of particular interest to those concerned with intellectual processes and practices during the modern era, not only in Spain, but throughout the Western world as a whole.

This book examines the development of Latin American science fiction from the mid-nineteenth century until the early days of Modernsmo via an in-depth discussion of the first three novels published in Spanish America: Viaje maravilloso del señor Nic-Nac al planeta Marte by Argentinian writer Eduardo Ladislao Holmberg, Desde Júpiter by the Chilean Francisco Miralles, and Querens by Pedro Castera from Mexico. These three novels incorporate all the attributes that consistently appear in a science fiction work through a blend of Darwinism and Spiritism, the two most dominant and widely-debated scientific discourses of their time. Consistent with the social and political interests in the recently independent Latin American nations, the three writers address scientific, aesthetic, intellectual and personal beliefs through a combination of utopian optimism and dystopian pragmatism.

Fashioned Texts and Painted Books examines the folding fan’s multiple roles in fin-de-siècle and early twentieth-century French literature. Focusing on the fan’s identity as a symbol of feminine sexuality, as a collectible art object, and, especially, as an alternative book form well suited to the reception of poetic texts, the study highlights the fan’s suitability as a substrate for verse, deriving from its myriad associations with coquetry and sex, flight, air, and breath. Close readings of Stéphane Mallarmé’s éventails of the 1880s and 1890s and Paul Claudel’s Cent phrases pour éventails (1927) consider both text and paratext as they underscore the significant visual interest of this poetry.

Works in prose and in verse by Octave Uzanne, Guy de Maupassant, and Marcel Proust, along with fan leaves by Edgar Degas, Édouard Manet, Berthe Morisot, and Paul Gauguin, serve as points of comparison that deepen our understanding of the complex interplay of text and image that characterizes this occasional subgenre. Through its interrogation of the correspondences between form and content in fan poetry, this study demonstrates that the fan was, in addition to being a ubiquitous fashion accessory, a significant literary and art historical object straddling the boundary between East and West, past and present, and high and low art. 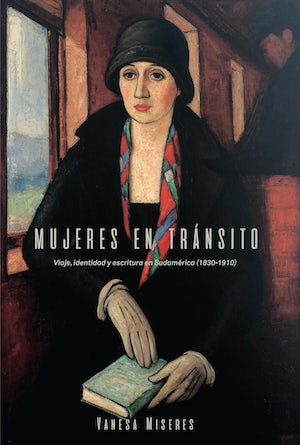 Mujeres en tránsito examines in detail the insightful accounts of four prominent female writers who traveled to and from Latin America in the nineteenth century: the French Peruvian socialist and activist Flora Tristan (1803-44), the Argentines Juana Manuela Gorriti (1816-92), Eduarda Mansilla (1834-92), and the Peruvian Clorinda Matto de Turner (1852-1909). Each author traveled and wrote in different and significant moments in the history of the Latin American nations, and their texts touch upon the nature of hemispheric and European cross-cultural relations.

Mujeres en tránsito revises the limited consideration that women’s travelogues have received within the Latin American literary tradition. It demonstrates how women’s commentaries on their own and other nations speak to their own engagement in the project of modern citizenship. More importantly, the act of traveling often helps female authors challenge the strictly political, legal, and geographic conceptions of nationhood and national identity articulated in canonical texts. Their improved yet marginal position in society as women, their particular reasons to travel, and the personal and symbolic connections with more than one nation or culture lead these four women to articulate a “transnational imaginary” through which they revise the categories of gender, class, modernity, and cultural homogeneity that shaped nineteenth century Latin American societies.